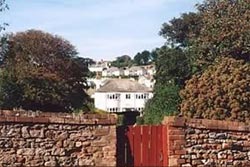 Budleigh Salterton is remarkable for being the only town in the East Devon Area of Outstanding Natural Beauty. It is also a gateway town to the Jurassic Coast World Heritage Site. Until 1894, it was part of the parish of East Budleigh which at that time was a much larger village. Today, Budleigh Salterton is the largest settlement in the Otter Valley.

The name derives from the salters, who worked the saltpans by the estuary at Ottermouth long ago. The remains of old lime kilns can still be seen in the nearby car park, and there is evidence of an old packhorse route in the atmospheric Dark Lane.

Budleigh Salterton’s natural environment is richly endowed. The beach is famous for its 440 million year old perfectly oval quartzite pebbles, which are significantly older than the adjacent cliffs. It is leased to the council by Lord Clinton for a shilling a year for 999 years with the proviso that there shall be no trading on the beach nor any untoward developments. 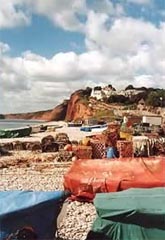 With a couple of cafés and a few fishing boats drawn up on the beach, Lord Clinton’s wishes are fully met, and as a result we have one of the most tranquil and pleasant places to walk beside the sea on the South Coast.

At the west end of the beach lie Steamer Steps where steamers used to pick up passengers for journeys along the coast. Further along is the wall featured in Sir John Millais’ famous picture “The Boyhood of Raleigh” (1870) in which the young Raleigh is shown listening eagerly to a sailor’s yarn. At the eastern end of the promenade lies the Otter estuary which is a nature reserve and an Area of Special Scientific Interest.

Here on the salt marshes, birds of many varieties live, rest or over-winter. As well as seabirds, you can see kingfishers, egrets and herons as well as many varieties of duck and rarer visitors.

The Lower Otter Riverside Walk starts here and is a delight for bird watchers, nature lovers or anyone wanting an escape.

Alternatively, A Walk round Budleigh Salterton gives a fascinating insight into some of the historically interesting buildings in the town, such as the Octagon where Millais used to stay, and Fairlynch, a marine cottage and home to a museum of local history and interests.

Budleigh Salterton has retained many desirable characteristics that have been lost to the brasher seaside resorts. It is now a flourishing town, full of character and in a superb location, and well deserves its inclusion in the Area of Outstanding Natural Beauty and the World Heritage Site. 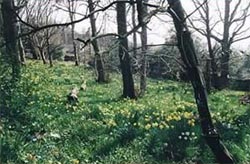 Facilities available in the town

There are several public houses in the town and also there are cafes, restaurants and a fish & chip shop. On the seafront there are cafes (open during the high season) which offer meals and cream teas.

The shops along the High Street and adjoining roads provide all the needs of locals and visitors alike, from fresh produce to hairdressers and chemists, from art galleries to travel agents and several ladies fashion shops. There is also a Post Office, medical centre, veterinary surgery and garage providing petrol.